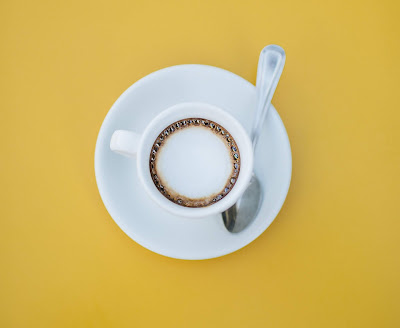 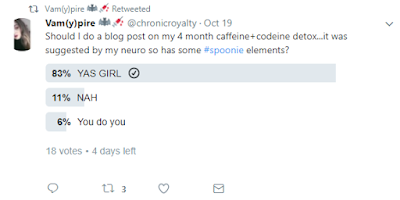 Back in June, I was referred to see a neurologist for my chronic migraines. I had been under an ENT, Audiologist and all sorts to decipher what was causing these horrible headaches. Chronic Migraines is no stranger to my family, with my nan having it, my mum and her twin sister too. I would suffer with at least one migraine everyday. My medication included codeine, amitriptyline and sleep. 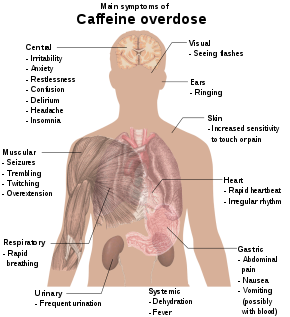 The summary of that appointment? Figure out my triggers! My neurologist states my triggers were likely caffeine, codeine and stress. Who would of known? I said, as just finishing a bottle of Pepsi Max. This blog post is in no way, shape or form encouraging those who suffer with migraines or headaches to do a detox, as everyone’s triggers are different. But to show, that I figured out my main triggers, and did something about them instead.
The solution according to my neuro, was to detox. Take 4 months away from anything that had caffeine in (or if it could not be avoided, to decrease/try something with low caffeine levels), and codeine. The “stress” part, was to be handled by a neuropsychologist, which at this moment in time, is probably the best referral I’ve ever had. But we’ll save that for another post.
On average, I would drink at least one 500ml bottle of Pepsi Max a day. Could I drink more if I had more? Yes. I’ve even drank a full 2L bottle in one sitting. Why? Favouritism. I’ve never liked water, specifically because I felt generally sick after drinking it, and other fizzy drinks never appealed to me in the way a Pepsi Max/Diet Coke would. I would also “swig” about 3-4 cups of teas a day. I could of easily switched to decaf, having the tea bags there, but it never felt the same. Codeine was my main source of painkiller, and was always prescribed. Paracetamol never worked for me unless it came in Co-Codamol. Codeine was always strong enough to numb my pain, but it got to the point where I was dependent on it, when there were other options available I had never tried.
So starting in June, I started my detox. I switched from normal tea bags, to decaf (Thankyou Asda, for making cheap but actually nicer than Tetley, Decaf Tea Bags!), and I started drinking Sprite or Flavoured Water instead. Of course, drinking normal water would of been better, but I had to start somewhere. Even the odd caffeine free diet pepsi, but thought best to stay away from any Pepsi type drinks. 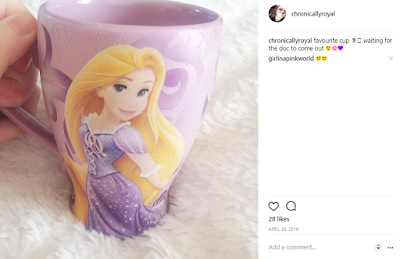 Starting was hard. The neurologist told my parents, I will experience rebound headaches and irritability will be high. Suffering from Permanent Hormone Imbalance, I simply thought “They know my mood swings are bad”. Maybe they got worse this time? 100%. I felt twitchy, and annoyed at everything. I suffered with more headaches, developing into migraines. I felt more depressed, and urged for a normal cup of tea. Nights out were hard too. A quiet drink in a pub would be me sitting swirling my lemonade and whiskey, wishing it was pepsi instead. This may sound exaggerated, but no one realises how much a person can depend on caffeine in their diet, unless they fully get rid of it. I swear I was trying! 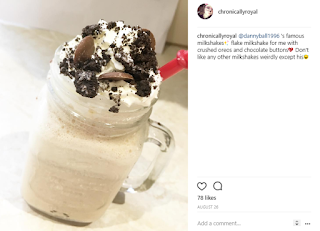 Further into the detox, I started to get a hang of things, and let myself relax a bit more. Decaf Tea bags weren’t so bad anymore, and I experimented more with different drinks. I had NEVER liked Milkshakes. They always tasted like off milk to me, or were lumpy. Until one weekend my boyfriend made them from scratch for me. Oh my words, amazing! (See picture above.) I also started just being chill if I did “cheat”. On a night out, I would buy myself one coke+Vodka. I knew I shouldn’t,but going completly cold turkey was hard, and I knew if I had one, I wouldnt for the next few months.
Getting codeine out was easier than I thought. I started using the mefenamic acid I was prescribed. Although prescribed for period pains, my doctor confirmed it’s ibruprofen based, so if I get any pains to give it a go and see what happens. I also started taking my amitriptyline (prescribed over a year ago) regularly again, lowering my dose to 50mg from 75mg. 50mg seemed just about right. I took it when I got a migraine rather than before bed. It worked much better, and although it would completly knock me out, I felt I had more of a life being awake without one.
I also attendeed my first neuropsychologist appointment. I was so scared and anxious the night before, the migraine was horrendous, but I went in with open arms, and glad I did. My NeuroPsych was lovely. She invited me in, and told me how in control of these appointments I am. After discussing my worries, woes and interests, we put it down to Generalised Anxiety Disorder, alongside some Social Anxiety aspects. CBT was agreed on, and after that appointment I felt much more relaxed. I felt happy with myself for being open about everything, which I barely am. I’m also looking forward to CBT, as councelling in the past never helped.
After 4 months of this DETOX, I finally saw my Neuro again on the 16th of October. This time, I went by myself, which was a massive anxiety step for me, as I never attend appointments alone. I was happy with how far I came. I was having only TWO migraines a week now. Although they were pretty bad, and would mean spending days in bed, and low moods, it was much better than one every single day. My sleep was getting a little better too. My anxiety was still quite high and the odd migraine would slip in, but I knew how to control them, and it was actually nice for once. I’ve started gaining my life back, I want to go outside, I want to see my friends AND I feel like I’m finally growing as a person too.
Why did I write this blog post? Well it for sure was not to tell people to detox. There are so many posts aimed at those with chronic illnesses like “I did this, this is why you should too.” And that is not me. This is my experience with ridding myself of caffeine and detox. And sure, it was great personally for me, but for someone else it may not be. The aim of this post was to write about overcoming my migraine triggers. Which is what I want you to do! So many people believe they are stuck with debilitating migraines for life. And while it’s true we cannot cure chronic migraines (if one more person says we can, I swear…), we can act against them. We can make them only 10% of who we are, rather than the 90% they can be.
My advice for anyone who suffers with a headache/migraine condition. Don’t let it win! Try everything to make them the smallest part of you. As these conditions do not define the person you are underneath. And don’t let them take all your spoons from you! 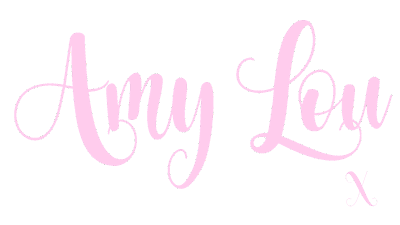 Read more about me / My Social Media Here.