I cannot stop my body from being sick. I cannot make myself look sick. I should not have to apologise for having a de-evolutionised immune system. 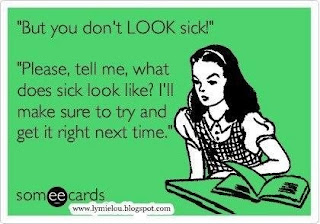 But you know what you could do? Educate yourself.
And if you need help with that, just ask me, because trust me I have a whole list of resources.
I hope this is a learning curve for you.
Regards,
Amy-Lou
Snapchat: chronicroyalty
Instagram 1 (Personal)
Instagram 2 (Medical)
Tumblr
Twitter 1 (Medical)
Twitter 2 (Personal)
Facebook Page