To get back into my usual lifestyle blogging, I was thinking of so many blog posts I could do. I really enjoyed doing the blogmas Christmas tags last month, so decided to do some normal tags! I remember a friend of mine doing this, so went and got the questions from A Grand Adventure!
1) Favourite book?
Harry Potter and the Goblet of Fire.
2) Least favourite book?
Harry Potter and the prisoner of Azkaban. I don’t know why, I just found it so boring. I just felt like it was one of them books where they want to include some extra information to help with the future books and exciting information?
3) Favourite movie?
Definitely Goblet of Fire. Just like the books and it was the most interesting to me. Plus, we see good old Robert Pattison!
4) Least favourite movie?
Probably Deathly Hallows (Part 1 and 2). They were alright films, but my favourite character (Fred) dies, and I went and saw both 3 times with friends and just sobbed so. Least for cry factor.
5) Favourite quote?

This is my favourite quote because it’s so true, and it proper spoke out to me when reading.
6) Favourite Weasley?
Fred. Love of my life. (And yes, I can tell the difference between James and Oliver)
7) Favourite female character?
Luna Lovegood. She’s so chill and I want to be that relaxed and nonchalant.
8) Favourite villain.
In the books, it has to be Voldemort, I think he was written perfectly. In the films Bellatrix LeStrange, Helena Bohem Carter, rocked that roll!
9) Favourite male character?
Fred, Fred, Fred. But if it can’t be Fred, it has to be George. Lol.
10) Favourite professor?
Snape because “Always”.
11) Would you rather A) wash Snape’s hair or B) spend a day listening to Lockhart rant about himself?
Wash Snape’s hair. Let’s not go near Lockhart at this point, okay?
12) Would you rather duel A) an elated Bellatrix or B) and angry Molly?
Did you see angry Molly in the final film? Like hell no, don’t mess with an angry mother!
13) Would you rather travel to Hogwarts via A) Hogwarts Express or B) Flying Car?
Hogwarts Express. Gimme a frog and some jelly beans! Except the vile ones.
14) Would you rather A) Kiss Voldemort or B) give Umbridge a bubble bath?
Kiss Voldemort. He was alright in his young and before losing his nose days.
15) Would you rather A) ride a Hippogriff or B) ride a Firebolt?
Hippogriff of course!
16) Is there a character you felt differently about in the movies?
Ginny. In the films shes very quiet and weird until the last one, and I just felt like in the books she’s this sassy little sister!
17) Is there a movie you preferred to the book?
I kinda like both equally!
18) Richard Harris or Michael Gambon as Dumbledore?
I think they were both perfect in their portrayal. I feel Richard Harris was more of a classy dumbledore, whereas Michael Gambon was very forthright and made Dumbledore more sassy (DID YOU PUT YOUR NAME IN THE GOBLETAFIRE? you get me?) but I love them both. It was an elegant change.
19) Your top thing (person or event) that wasn’t in the movie that you wanted there the most?
Voldemort’s family history. So like Tom Riddle Snr and Merope. It would of been interesting to see into his parents, and the love potion, revealing that Voldemort can’t love or understand it, because he wasn’t a product of true love. That was a nice touch in the books, although would of been better to be developed more maybe in the films.
20) If you could remake any of the Harry Potter movies which would it be?
Probably Half Blood Prince? I don’t know. Maybe Deathly Hallows, so it explains Fred’s death a bit more. He deserved a proper death like the book, like showing George actually get the wizard or Fred fighting, rather than the small part.
21 Which house was your first gut feeling you’d be a part of?
Slytherin. I mean, most would say Gryffindor, or why would you choose Slytherin, but I felt I most identified with it. Courageous, sneaky, amibitious? I can be authoritative when I want to. However, I would be a general slytherin.
22) Which house were you actually sorted into on Pottermore?
Slytherin duh!
23) Which class would be your favourite?
I’d be really into Charms!
24) Which spell do you think would be most useful to learn?
Wingardium Levio’sa!
25) Which character do you think you’d instantly become friends with?
Fred. Angela can do one!
26) If you could own one of the three Hallows, which would it be?
The Invisibility Cloak! The other two just end in sadness.
27) Is there any aspect of the books you’d want to change?
I said it earlier, but developing Voldemort’s past a little more and some theory.
28) Favourite Marauder?
Padfoot. God love him.
29) If you could bring one character back to life, which would it be?
Fred. Have I said it enough now?
30) Hallows or Horcruxes?
Hallows. At least 2/3 of Hallows were destroyed, while the Invisible Cloak is handy. The horcruxes just end in death, I rather hide from it.
What would your answers be? Want to do this tag? Or if you’ve done it, leave your link below! 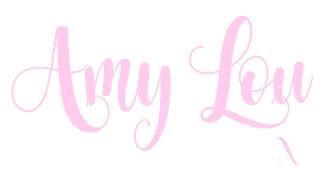