“Taking Time to do nothing often brings everything into perspective” – Do Zantamata.

So my last post was about being an Episode Interactive writer. However, since then I’ve been so caught up in life that I haven’t had a chance to blog atall! Of course I’ve kept my social media active, but I believe my readers deserve an explanation.
So as some of you may know, August has been a follow up of doctor’s appointments and sorting my life out. First was the gynaecologist follow up (can I say what a disappointment), then was the rubber band ligation and then the ENT!
The outcome?
Well the gynae discharged me on grounds of not having any gynae issues other than being stressed. My GP said this was stupid of them to do as my problems worsened after surgery and it should of been investigated, but hey ho. Then a week later I endured the vile bowel prep as I did with the sigmoidoscopy a few months back. I was in major panic as I was told there wouldn’t be another sigmoidoscopy, but a proctoscopy, then I get a letter through the door for a sigmoidoscopy. Thankfully I got there and it was a proctoscopy with biopsies. I also had rubber band ligation (rubber bands placed around hemmaroids to suffocate them and release them) It was 2 minutes and I was out. Sadly my body went into shock and my blood pressure went too high and then too low really fast. Isn’t it weird when you’re looking out and you feel fine but people around you are panicking and telling you to calm down?
I was in agony the whole day! Oh my word! I thought the laparoscopy was bad, but compared to that, it was a piece of cake! The next day I had my first ever appointment with the ENT. My GP did the Eply Manouvere and decided I must have vertigo. This wasn’t a surprised as from a young age, I avoided heights, could never go on trampolines and until I was 15 (how embarrassing) I could never walk down stairs (just in my house) properly. After being given some vertigo tablets, I started to get worse. I could never concentrate, I had to have people repeat themselves, and I hated lifting my head off the pillow. The ENT showed me my hearing was normal so thankfully, I had concentration problems. After a few more tests, I was told I have chronic migraines, but particular vestibular issues. The diagnosis was “Migraine-Vertigo”. She said it wasn’t a surprise since my mum and her twin have BPPV, and it can be genetic. She also had some blood tests sent off, and turns out I am folic deficient and B12 deficient. I am likely to be anaemic in the future, but my sister has anaemia so it wasn’t a surprise we had it, due to our grandad!
So now, I am just under one specialist! How exciting! Of course I’m always under an pulmonologist and will be for the rest of my life, but only when my asthma starts to deteriorate. But it’s definitely a step forward (even though my GP says she will have to refer me back to my gynae…but you know…shush!) 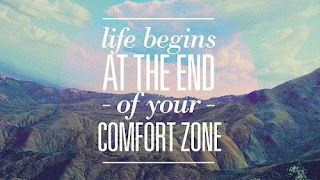 As for life (eurgh), I have finally got a job (for legal reasons, I cant write about it apparently…) but that’s a plus! And I also decided what job would be best for me. I have always organised events, planning my own wedding since I was 7, including swatches and specific companies for things. So I thought, take a strength of mine, and turn it into a future! So it starts the planning (ironic) to my future job!
For more updates, follow my social media! (links below)
– Amylou
Instagram (Blog)
Instagram (Medical)
Twitter
Tumblr
Bloglovin’
Pinterest