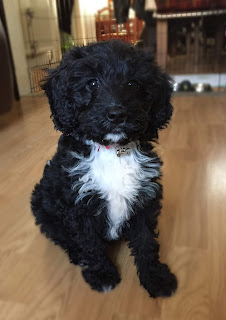 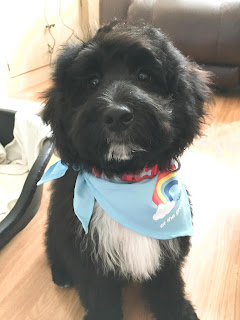 So I’ve had this blog post planned for nearly 2 months now, but just haven’t had a chance to fully write it. So here it is! Meet Sox!
Sox (pronounced; Socks) is the new addition to the Sunflower family! He was born on the 24th of February 2018, and joined our family on the 17th of April! He’s not only my baby, he’s very unique! He’s an F1 Mini Spoodle! A spoodle is a mix between a springer spaniel (his mum) and a toy poodle (his dad), which I found so interesting! Especially since his pedigree name is “Salmon Bug”, which is really unique and cool. 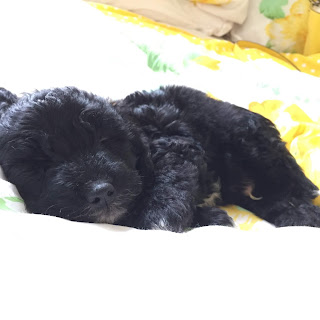 We found Sox via a facebook post, and the minute we saw him and his siblings we just knew he was meant to join our family. Me and my dad started discussing names, and my dad was very star wars themed which was….not okay! The first time we visited Sox, he was 6 weeks old and it was just a magical experience. Both of the dogs we’ve had before, I was either too young or it was a scary experience to meet them before they came home, but I loved them just the same. We met all the litter and we decided, the one that comes to us is the one we take home and here we have Sox! He was around 1kg when we got him at 6 weeks old, but now he is around 5 or 6kg at 4 months. He’s the happiest, clever and most progressive puppy ever! I mean; look at this smile! 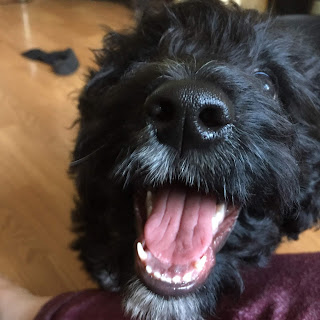 Why the name “Sox”?
Well, under his paws are “white” socks. He has a white beard, a white mallan strip, white paws, white breast and a white snippet on his tail. His socks were what stood out and we knew just from looking at him he was a Sox. I wanted “Socks” but apparently it wasn’t “dog” enough, so everyone else voted on Sox. He truly suits his name more for the fact, he likes to steal socks too!
Sox is definetly an amazing addition to our family. He gets to grow with our kids, and grow with me. He’s with me 24/7 and always aware of what is going on. He answers to cuddles and kisses, and you hear a strange noise? And he’s ready to protect, while maintaining a innocent awareness.
You can follow mine and Sox’s adventures on Instagram!