2016, what a mess. Am I right?
This time last year, everything was crumbling around me. My health, grades, the social ladder. I wasn’t Amy-Lou anymore, I was just that bundle of bones laying in a burrito position in my duvet. But I’m not going to let 2017 be the same and have composed my own checklist for 2017. And even if I just complete half of the list, even one, I’ll be so proud of myself for at least doing something. 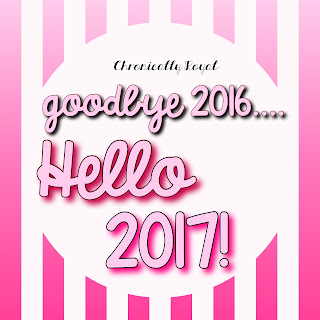 What I wish to achieve in 2017:
– Get back to my dream weight.
– Gain my A-Levels above a C.
– Become more social and meet friends.
– Get a weekend job/job to go into when I leave college.
– Start mine and Danny’s future properly (i.e move out, save money)
– Start treatment, get my second surgery sorted.
– Read more.
– Finish my first bullet journal.
– Perfect my 8 hours sleeping pattern.
– Blog more.
– Forget 2016.
– Be Happy
– Go see The Impractical Jokers live (maybe this is a life goal…)
– Go to a concert/play.
So these are it so far. But I might update them generally, or just add them into my bullet journal to edit. But is there something you wish you could of done in 2016 but couldn’t? 2016 was a dreadful year, and I’ve found it was for the majority. But don’t let 2017 be one. It is my final year as a teenager and I won’t let it be ruined.
🌐Links🌐
Facebook Page
Twitter (personal)
Twitter (chronic illness)
Instagram (personal)
Instagram (chronic illness)
Tumblr
Snapchat – chronicroyalty
Have an invisible illness?
Why not check out this facebook page, and join our support groups.