*This post was made to help future students looking to come to the city, at popular request.
The home of the Beatles, the chav like accent and one of the most biggest ports in the UK. Liverpool, the place of the Scousers. The city of Liverpool was created in 1207 when King John granted a Royal Charter which was written in Latin. Liverpool was once the “Second City of Empire”, eclipsing even London for commerce at time.

3 Top Universities:
1. The University of Liverpool.
The University of Liverpool, is a red brick, situated in the centre of the city. It is mostly known for it’s reputation of nobel prize winners (Nine so far!.)It has a broad range of teaching and research in both arts and sciences, and the University of Liverpool School of Medicine established in 1835 is today one of the largest medical schools in the UK
2. Liverpool Hope University.
With the main campus situated in Childwall, and the secondary campus situated in Everton, Liverpool has a more peaceful reputation to the city. Beautiful landscapes surrounding campuses, and would be seen as the “hufflepuff” (Excuse my Harry Potter reference) of Liverpool.
3. John Moores University.
The university can trace its origins to the Liverpool Mechanics’ School of Arts, established in 1823 making it a contestant as the third-oldest university in England. Mostly known for it’s reputation for Business degrees, and the main building at the “front of the city centre” surrounded by museums and shops. 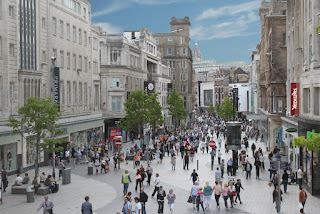 So Liverpool it’s self. What is there in Liverpool? What makes it unique? Im sure you’re wondering, what there is to do there, other than go to University. With Liverpool having a massive city centre, there is just not one high street, but are all interconnected. Of course there is Liverpool One, but to everyone’s surprise, Liverpool One is not as amazing as thought out to be. The most famous street is Church Street. Here you can find Primark, River Island, H&M, and Boots. And then to the East, is the famous Bold Street. Not only is there shops among Bold Street, but “indie” cafes such as Cafe Tabac, and of course Liverpool’s main attraction Concert Square. AKA, Clubs!
So lets sum this all up into lists. (Yes I like lists, dont judge.)
Top 5 Tourist Attractions:
1. 02 Academy – Concerts. Cheap ticket prices, current known artists etc.
2. Cathedrals – Liverpool is the home to two cathedrals (Metropolitan and Anglican), Amazing sites, gardens, relaxing places. Can be scary going into graveyards.
3. The Albert Dock – Filled with restauraunts, cute american sweet shops, 2 museums and much more! Even go on the infamous Duck Boat (Beware, it has sunk a few times, just a  head up to the people who are scared, aka like me.)
4. Football Clubs – 2 Famous Football Clubs, Liverpool(Anfield) and Everton (Goodison) Offering club tours, and were the clubs are our families.
5. The Beatle’s Story – Situated on the Albert Dock, it is one of the best museums in Liverpool for them Beatle Maniacs!
Top 5 Restaurants:
1. Almost Famous – Crazy “overpiled” american food. Food is always cooked perfectly, and atmosphere is friendly.
2. Gustos – Situated on the Albert Dock, a “romantic” italian restauraunt. Introduced the famous “Gustos Lasagne” to Liverpool! I myself would recommend the Carbanara. Known to be a “special occasions” restaurant. Do NOT abuse Gustos!
3. Panoramic 34 – Love afternoon tea? Maybe a glass of champagne? Super cute, and overlooks the whole of the Mersey.
4. Viva Brazil – Ever wanted to get a plate full of meat? (No innuendo intended) Food is cooked infront of you, and like a buffet brought to your table!
5. City Buffet – Famous Chinese buffett restaurant. Love it!
Top 5 Clubs:
1. Heebie Jeebies – “Indie” style 3 part bar (Inside, Courtside, Outside). Often bands play there. If you love arctic monkeys, you’ll love Heebie Jeebies! (Lets just say most of their songs are overplayed there..alot..)
2. Levels – Probably seen on most celeb’s snapchats, Levels is famous to sight a celebrity. Amazing side dancers, and the club is always “booming”
3. Popworld – Yes, Popworld. A famous bar amongst 90s kids, as it does not play clubbing music..exactly.. (Who doesnt want to hear the lion king theme on a night out?) Can be expensive, but there are days that Popworld is perfect. And even offers out toast on some days! Yum!
4. The K – 3 part club, mainly attracts “metal” or rock individuals. Each floor has a different type of music on, depending on your style.
5. McCooleys – Irish bar! (Cant get any better) Quite new, Restaurant by day, Club by night! Even has a playstation, and serves irish breakfast of a morning. Even better right? 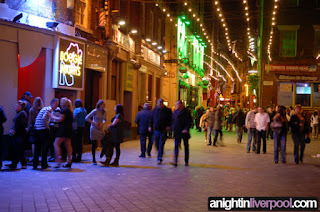 Top 5 Typical Events of the Year:
1. LIMF (Liverpool International Music Festival) – Held in Sefton Park, is an annual festival, in which many indie bands play. Usually hosted in the Summer, sometimes free and typical scouse drinking: in a park; from the bottle!
2. Comic Con – 2016, the year Comic Con came to Liverpool officially! I personally went, and it was amazing!
3. Matthew Street Festival – To celebrate Liverpool as the home of the Beatles! Usually has upcoming bands on or tribute acts. Brings the whole city together!
4. The Grand National – Hosted in April, Liverpool is mostly known for the Grand National, whether it be at the race course or in a pub, the whole city is pulled together through betting!
So I guess if you want to live here, or visit, thats all you need to know..Right? Well especially if you want to live here you have to know the lingo! 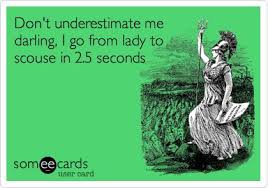 0 thoughts on “The Scouser’s Guide for Future Students of Liverpool.”