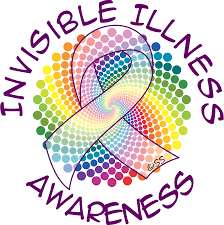 So as you will know, I myself have been going through diagnosis for 2 years now, and most of my illnesses are invisible. But there is alot of stigma attached to those who are disabled yet it is unseen. Those people who need a wheelchair part time, those on countless amount of medication, those people are not just abusing the NHS or the Health Systems, they are actually ill, and the abuse and ignorance of other people make them feel they should hide away. Hence why I’m writing this blog post.
What is an invisible illness?
An invisible illness is a condition in which people may look normal most of the time, but may have problems internally or unseen by the naked eye. The conditions are usually chronic and life lasting, and some can be life-threatening, or excruciating. And most people forget, that mental illness is also an invisible illness. 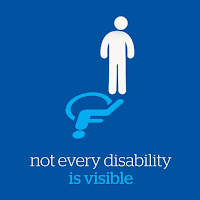 Examples:
– Endometriosis
– Fibromyalgia
– Hypermobility Syndrome and EDS.
– Irritable Bowel Syndrome/Disease
– Chronic Fatigue Syndrome
– Chronic Migraines –
– Lupus
– Lyme Disease
– Arthritis
– Mental Illness
– PCOS
– Cancer
– Primary Immunodeficiencies
– Asthma
I bet some of you have heard of some of these? Don’t seem that important right? Or maybe you have, and you yourself have a debilating invisible illness. Or a family member does? Do you know their impact? Or what stigma can really create?

More updates:
This is my life as an invisible illness child, and I’m not the only one who has had to grow up like this. Many people don’t find out their problems till a later age. And most invisible illnesses run in families.
My Mum – Chronic Migraines, IBS, COPD and Chronic Back Pain.
My Dad – PTSD, Osteo-Arthritis.
My Niece – Joint Hypermobility Syndrome, Hypertonia, Anxiety, Possible IBS.
My Nephew – Possible IBS.
My Grandad – Everything I have plus a B12 deficiency, aneamia and Arthritis.
Isn’t that strange? Not really.
As Ive had a long and hard process, I wanted the word to get out. Disabilities can be invisible too, and usually it is not just one. People have a full list of them.
So next time you see that girl get out of a wheelchair, and walk to something, don’t judge. Or you see a man who looks quite abled and normal, pick up a whole bag of prescribed meds, dont judge. Or when you see that person fall over or being sick, and blame it on her being clumsy or acting drunk, dont judge. You don’t know what’s going on in their lives. Nor should you do it if it is an actual person. 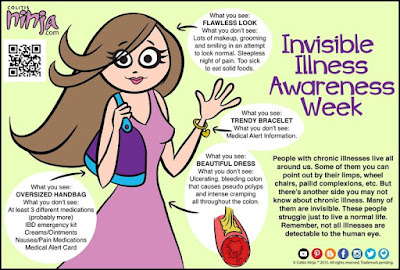 For parents:
– Understand your child will have good days and bad days. Being chronically ill can seriously tire someone out, or they may lack motivation. Telling them they’re “lazy” “stupid” or asking them to do things, can really make them feel worse. Try to ask them politely to do certain things. It’s also quite obvious when they are having a bad day, be sure to look for certain signs (laying in bed/staying in their room, not eating/drinking, needing their pain meds, asking for attention, crying, picking at food, not seeing friends)

– Be sure to do your own research on your child’s illnesses. Understand what they feel like, or even ask them how they feel. Don’t try and step on egg shells around them but try to understand if they refuse something or are acting strangely, it’s not that they are trying to be a “tempered” child.

– Go to appointments. Sometimes for young people, they’re too scared to talk or may get “white-coat” fright, and not mention everything wrong with them. Also doctors are 10 times more likely to listen to a parent than a child, so try to always remember your child knows their own body, so listen to your child.

For Friends:
– Respect they can not always do what you do. They may cancel plans, may not be able to go certain places/restaurants, and they don’t do it on purpose.
– It is not special treatment. Most chronically ill people do not want the extra attention but may actually need it to feel better about themselves. For example; in school, may get more time on an assignment.
– It is not a competition. If you have an illness/illnesses yourself, and your friend gets diagnosed, it is not time to tell them how better they have it then you. Someone with one illness, may have it worse than a person with over 2.
– Do research yourself. See what symptoms your friend may have, so you can analyse when they’re having a bad day.
– Be careful what you listen and hear. Sometimes jealousy of the extra attention can spark rumours, if you were a real friend, you’d listen to your friend. Understand, that to a certain extent they may be a little different or distant. And if they tell you something, keep it to yourself until they tell other people. It would be the same if it was vice versa.
Do you have an Invisible Illness?
Share your story with me in my comments, or join my groups linked up below. I created my blog and my groups due to the fact Ive had to go through most of my health problems alone. I havent had someone whos going through the exact same thing as me. But once I went online and joined groups, liked pages, I got the confidence I needed to not be afraid to ask for help, or talk to people about my problems. Ive also realised why should I care about what others think? I know my own body, and they dont. I know I’m ill, who are they to say I’m not? Who are they to say you arent? Come join us!

0 thoughts on “What are Invisible Illnesses?”